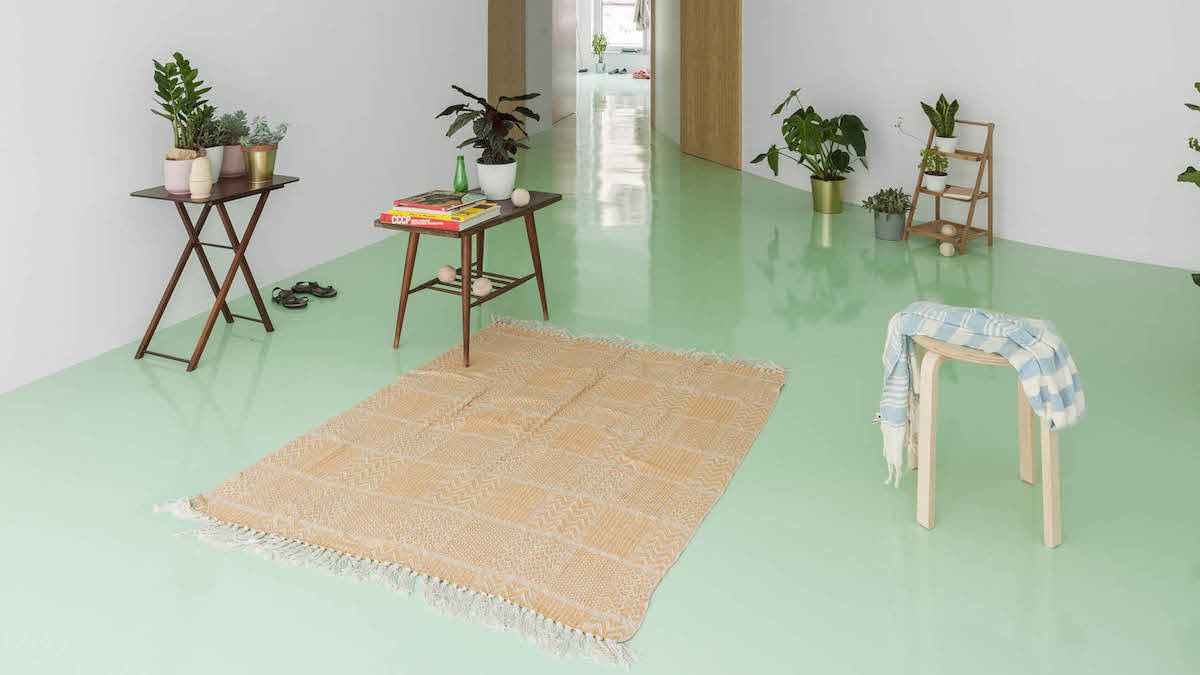 An ordinary housing block is almost suddenly invaded by the mint-colored reflections of a smooth floor. A floor that invades outdoor space, an extension of living. As if the domestic dimension had no real boundaries between internal and external areas but actually colonized space without hesitation. This is the new project by fala atelier.

Based in Porto, fala atelier is today one of the most eclectic and representative Portuguese firms on the international scene. Its works explore the dimension of living intersecting the poetics of graphic construction as a compositional and communicative tool. An architecture that takes shape through the use of colors, with combinations of patterns and spot colors that define the appurtenances of the internal and external spaces seamlessly. 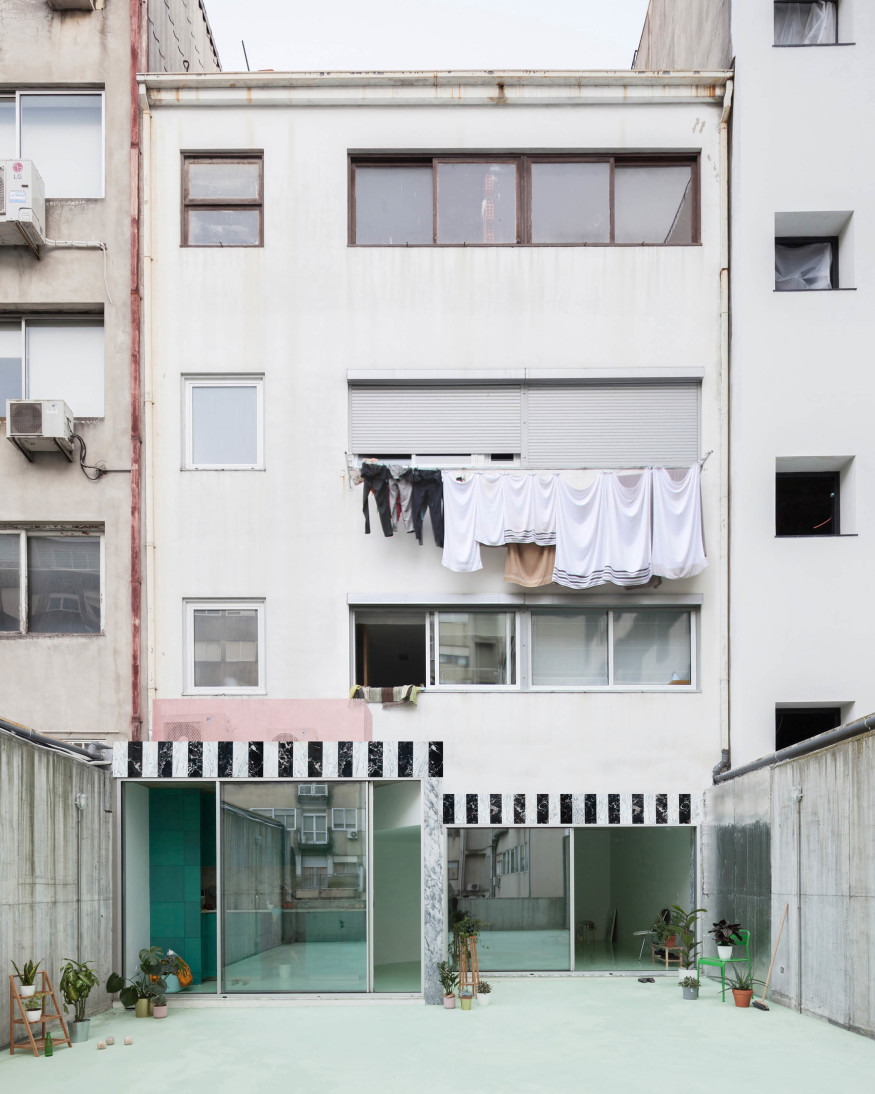 In an era when social networks shape the perception of reality or, rather, augment it, fala atelier’s graphic visualizations stand as an experimental device in the field of architectural communication. An architecture that tackles the theme of the project using its image for a simultaneous spatial and communicative investigation, graphics that combine photography with collage overlays, multiplying the dimensions of the project.

Material nature and texture narrate the tension between the project of the new insertion and the preexisting building. A key to understanding that is now a common thread of all works by fala atelier, the front draws a strong contrast with its context. Their modus operandi, clearly recognizable in the juxtaposition of complementary elements, as in the sobriety and delicacy of the attention to the finishes, translates the axonometric study into the three-dimensionality of real space, as if the drawing, the graphic line, were recognizable in the wall partitions, in the shiny floors, in the eclectic cladding and the marble extracts. 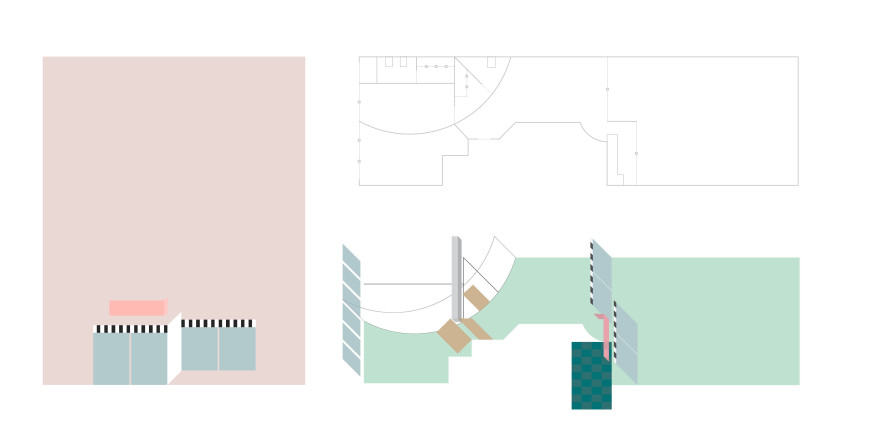 The main space is convoluted, on the edge of fragmentation, and spans from facade to facade. The reconfiguration maintains a light empathy towards the original plan. Now, the lot with its articulated morphology breaks up centrally in a discontinuous way: the living and dining areas are incorporated, although the kitchen is almost separate. The study of the interiors highlights the theme of versatility, since the main room is designed with the possibility of adding another bedroom over time. The main sleeping area and the two bathrooms are concealed behind a simple semicircular wall, a curved line that encompasses the most intimate rooms in the house. The number of vertical elements is reduced to a minimum, through a strategic layout that allows the configuration of the necessary rooms through a small number of walls. 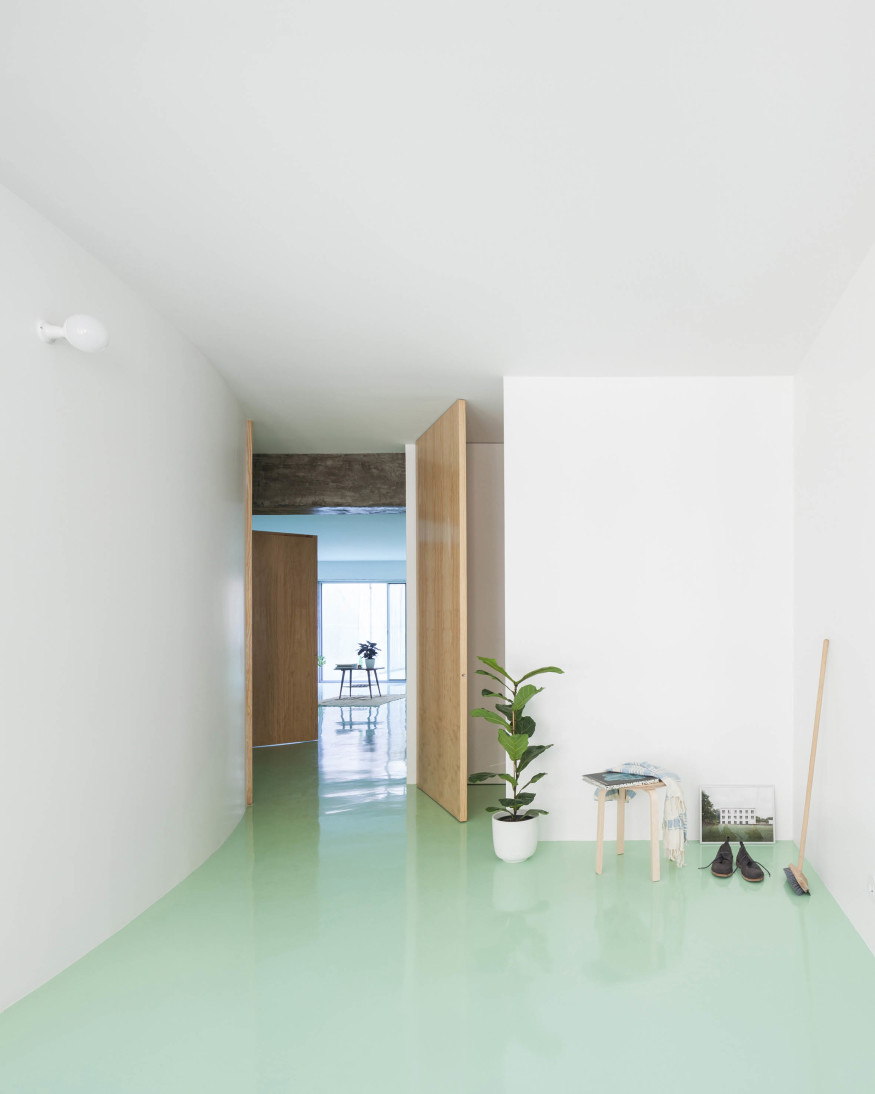 The game has few rules. A slight opposition between existing and added elements, where the circular wall contrasts the complexity of the verticality of the building; the finishes, with the typical ironic tones of fala atelier, which highlight the presence of the structure, as well as the transparent elements; the internal openings, sealed by nearly "monumental" wood doors that suggest different nuances of domestic privacy, regulating the degrees of intimacy between the different rooms; the kitchen, custom-made within the articulated space, which gets light thanks to the direct view of the courtyard in the back; and finally, to completely regulate distribution, the mint green stage. 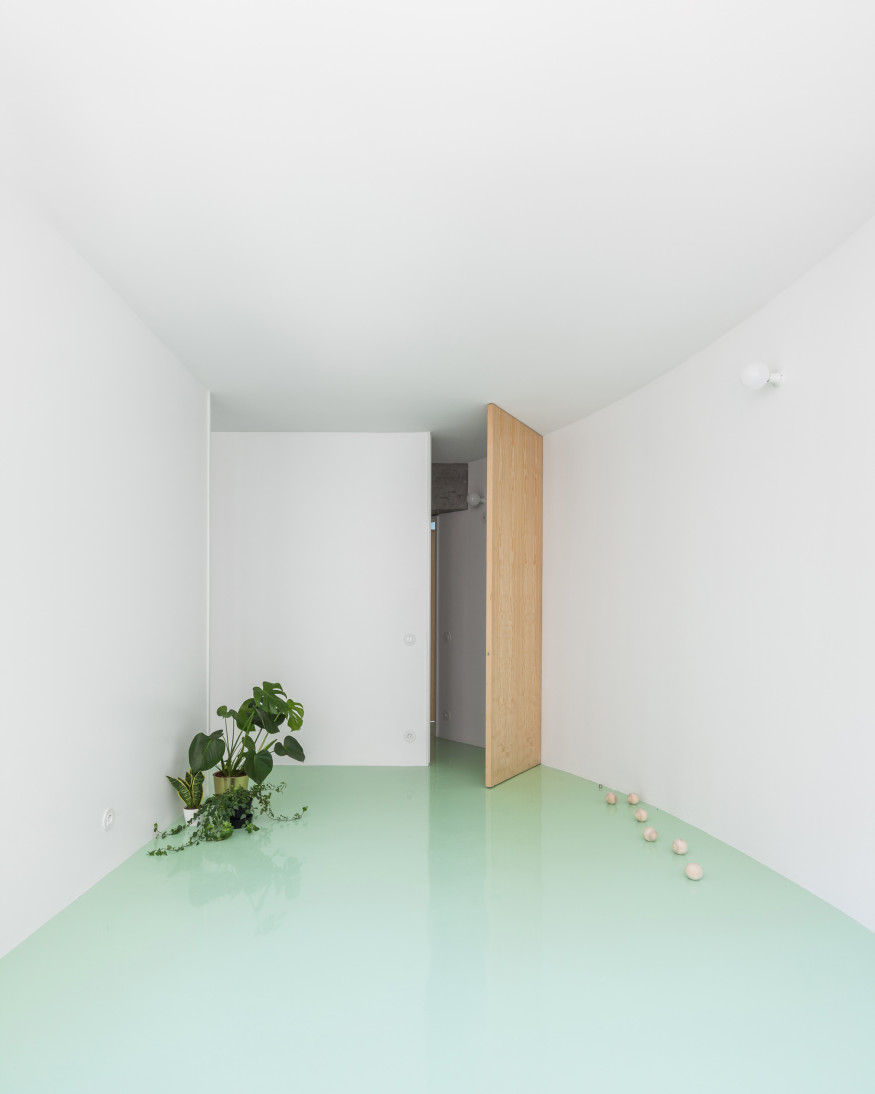 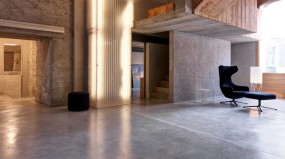 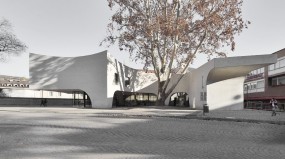 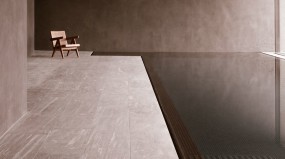