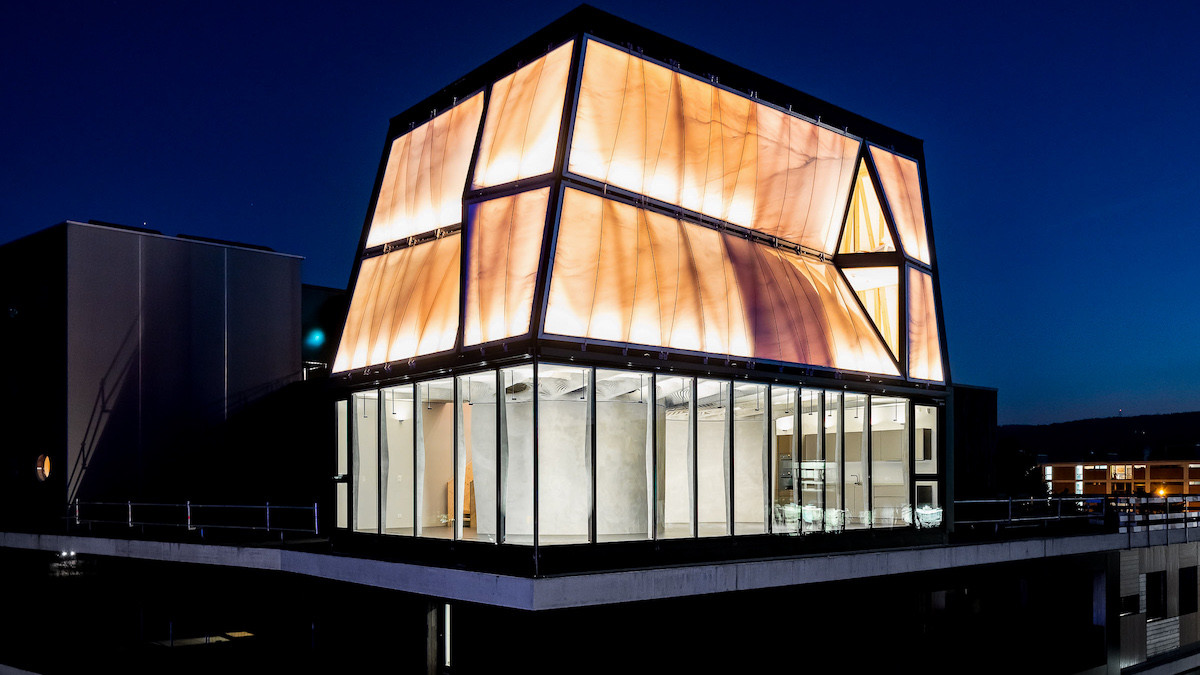 ETH Zurich researchers, in collaboration with industrial partners, have developed a housing prototype with the help of robots and 3D printers

“DFAB HOUSE” officially opened on February 27 at the NEST building in Dübendorf (Switzerland), the first house in the world planned and built digitally. The automated dwelling, created by the ETH Zurich Empa and Ea-wag labs, is the result of the collaboration with different professional figures of the world of entrepreneurship. Researchers developed a building process which is largely digital, with the help of robots and 3D printers.

DFAB House is the prototype of the house of the future: sustainable, efficient and built with robots

"DFAB HOUSE" is located on the top platform of the NEST building, a place where researchers can test new building and energetic technologies under real-life conditions, with a view to using digital technologies not only to make planning and construction more efficient, but also more sustainable. 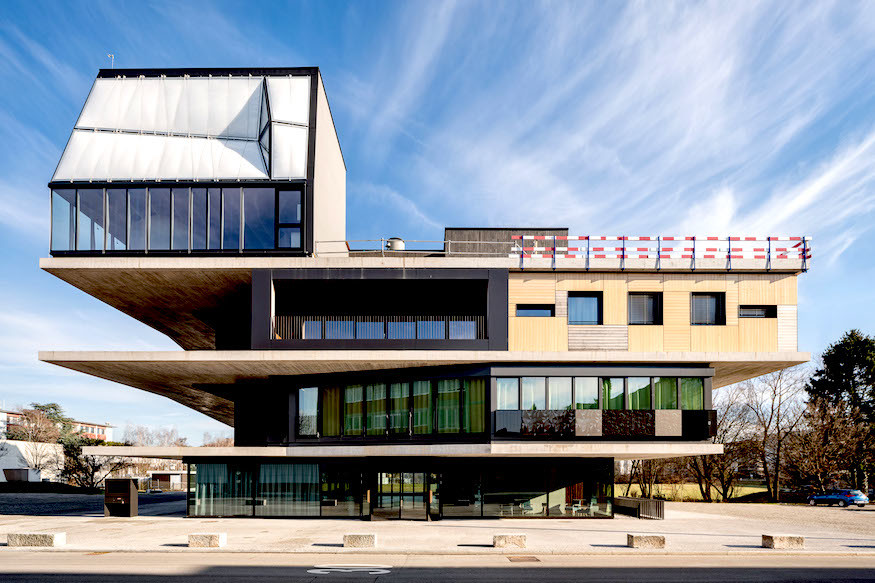 An example is the digitally designed floor slab of DFAB House, statically and structurally optimized so that considerable amounts of material can be saved compared to a conventional concrete slab. Furthermore, the technologies tested by ETH researchers open up new design possibilities, as in the case of the two residential floors characterized by wooden frames, prefabricated and assembled in complex geometries with the use of two robots.

The prototype, with its 200 square meters on three levels, consists of innovative elements designed digitally and then built on site or in the lab, according to the characteristics of the materials and installation. 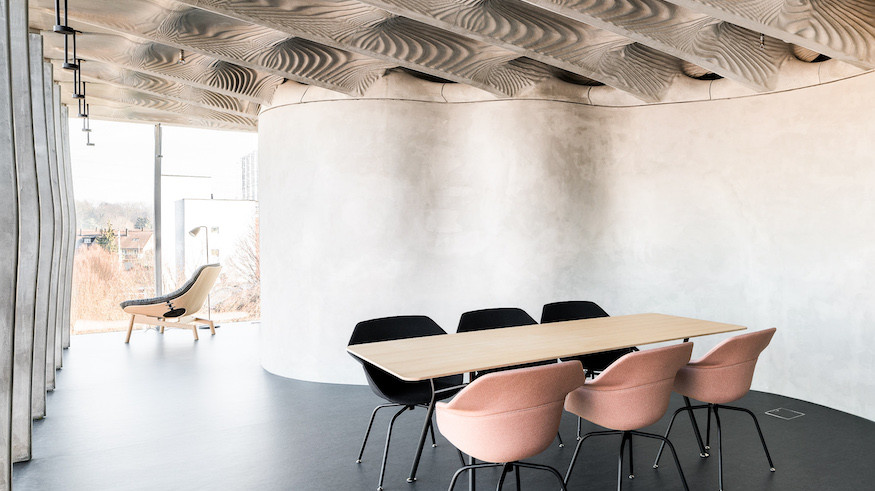 In particular, the undulating concrete wall – used on the ground floor as a partition element – was created using the Mesh Mould technology, where a robot (Fabricator) moves autonomously around the building site generating a three-dimensional steel mesh which acts as formwork and structural reinforcement. Concrete is then poured inside the mesh and manually troweled creating a unique doubly curved object. On top instead is the ceiling slab (Smart Slab) created with a formwork produced by a 3D printer which allows it to have complex shapes despite a minimal amount of material. Also the concrete mullions, visible on the facade, were created using a digitally controlled flexible formwork, which allows the material to be shaped while it is solidifying to guarantee an adequate shape in relation to the load-position of each mullion. 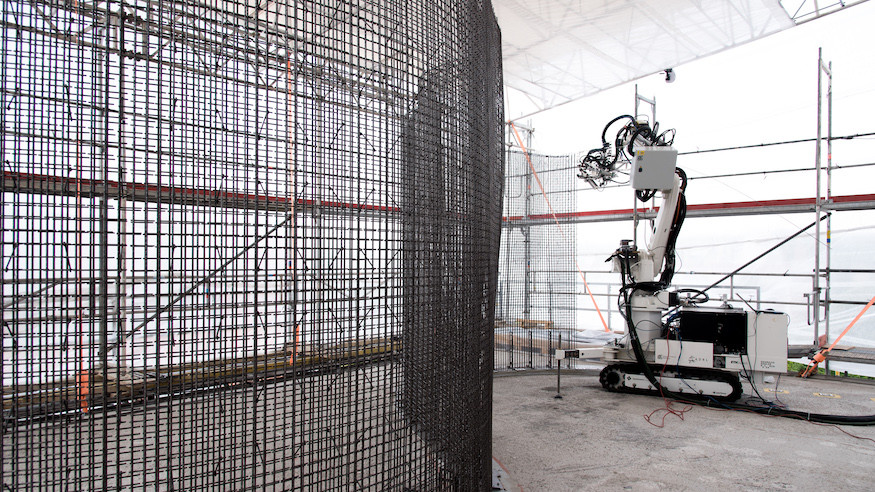 The wooden-frame envelope which wraps the structure was created by prefabricating the frames with a two-robot system: a process which uses the combination of two machines for cutting and finishing interlocks to minimize assembly time on site and create elaborate geometries. Furthermore, translucid panels attached to the frame are filled with aerogel, ideal for insulation. 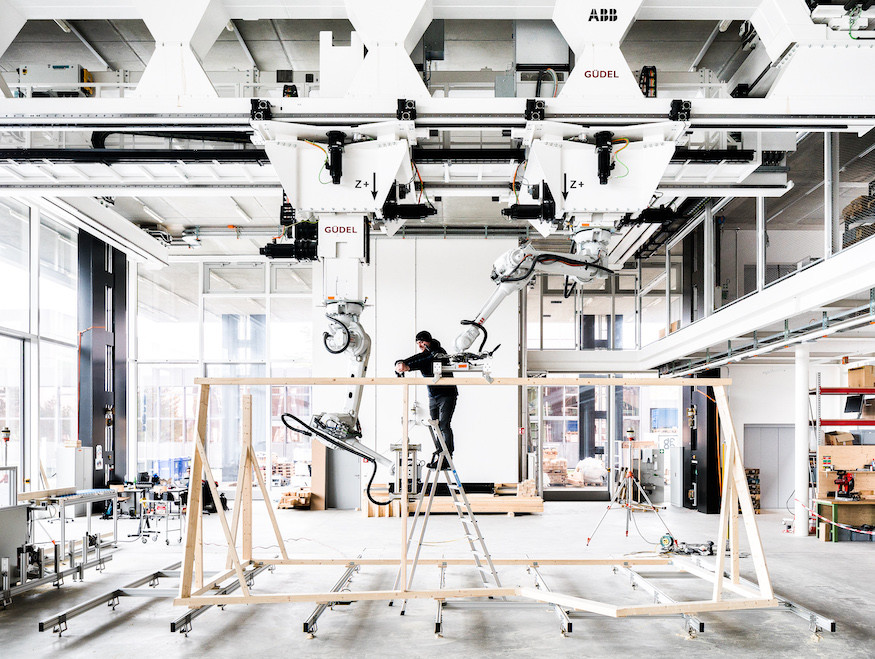 The “smart” building and planning techniques go hand in hand with a sustainable design made of numerous smart devices: sensors, regulators, optoelectronic devices, which work so that they absorb as much heat as possible from the indoor-outdoor environment and use it where needed. All this in a voice-controlled environment, where it will be enough to imagine something to have it.

Perhaps this is really the house of the future and not just the latest science-fiction experiment, as DFAB HOUSE takes another crucial step by adding to 3D printing technology an innovation in the process: digital fabrication. 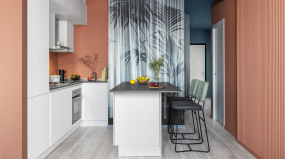 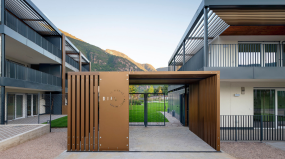 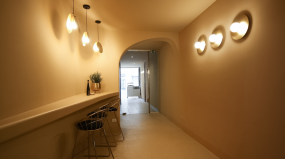